The next day… I found the best baguette in Paris 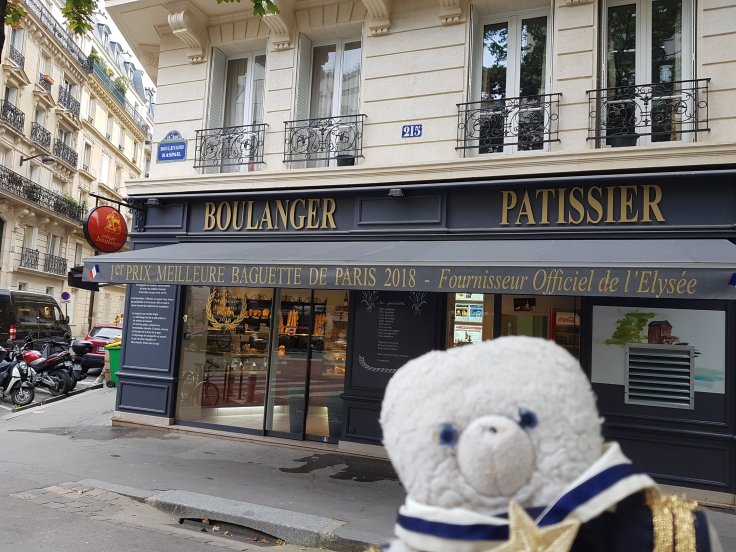 I strolled down Bonaparte road… 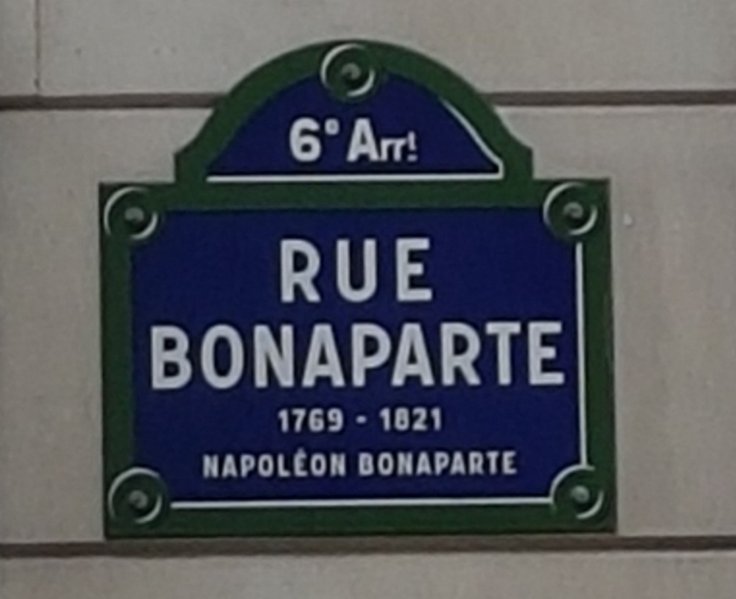 ..and ended up at l’atelier 《le prince jardinier 》.

A decoration shop specialising in the art of taxidermy. Photos aren’t allowed but its very impressive, like a mini Natural History Museum. 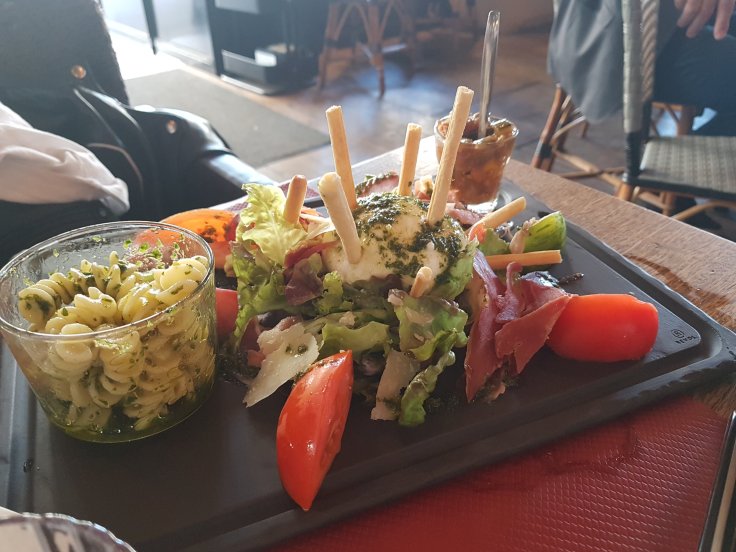 I then took a detour via the parisian metro to see the metal tower, 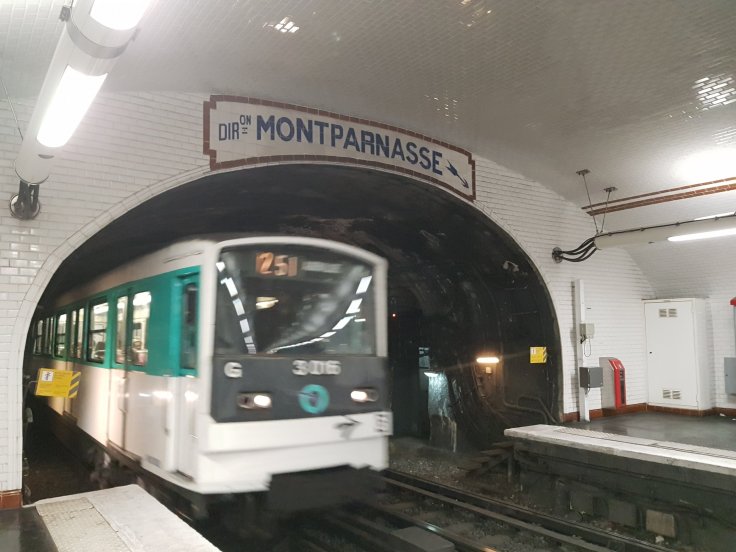 Before going to the atelier des Lumieres.

For some reason, the atelier doesn’t allow visitors to buy tickets at the ticket office after 4pm so you have to reserve online – however, their wifi is slow so we ended up searching for a bar with Wi-Fi.

As it turned out, all foreigners seemed to end up at the same place with the same problem : Express bar, which is run by an Englishman who doesn’t mind his French.

The exhibition this time was about G. Klimt and F. Hundertwaaser. 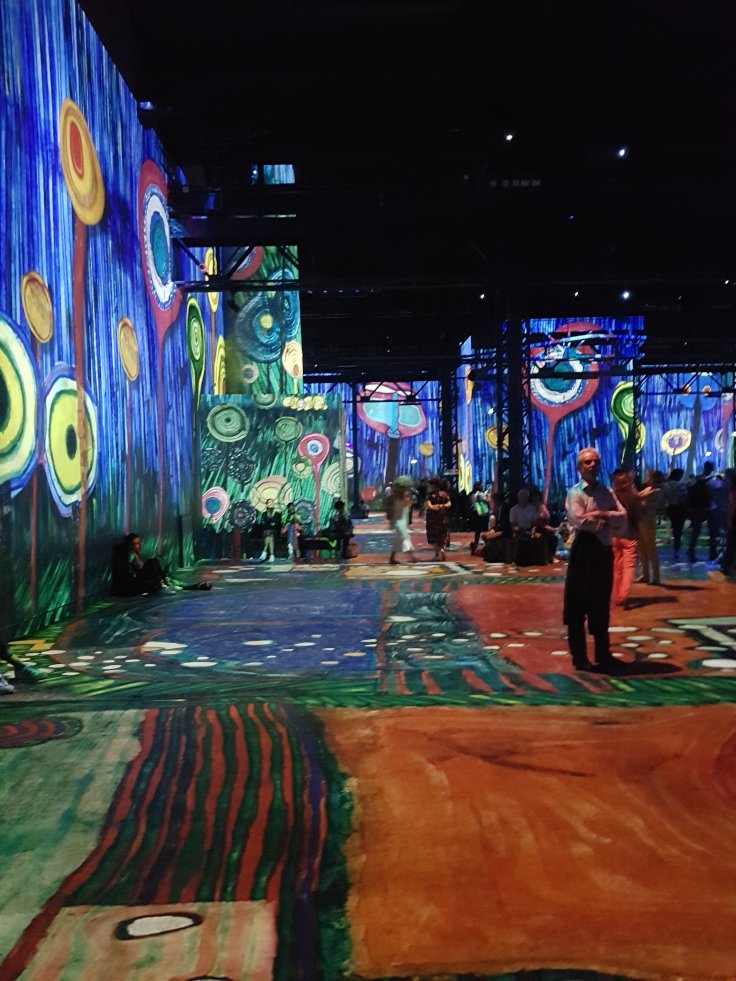 Essentially people sitting in a room with the paintings and motifs moving around via various visual effects:

Looking closely one can see the pixels. 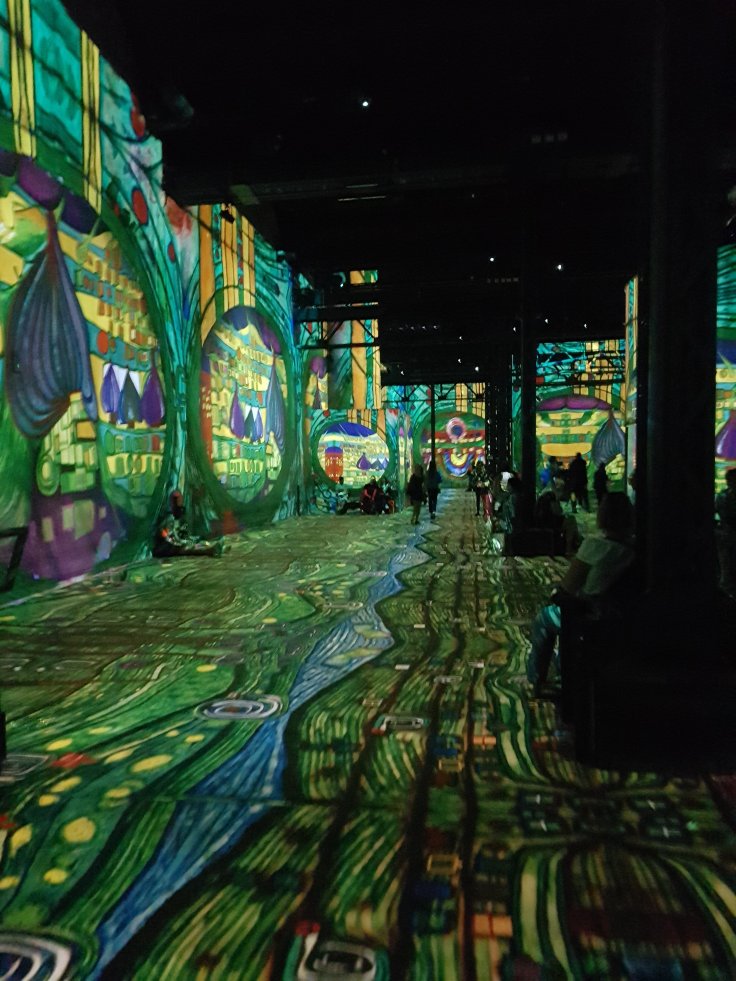 After that, I dined at the Bon vivant (tuna steak was delicous, courgette spaghetti with melon mousse was also very good – very nice atmosphere)

Which is right next to the cinema: le grand Atelier. 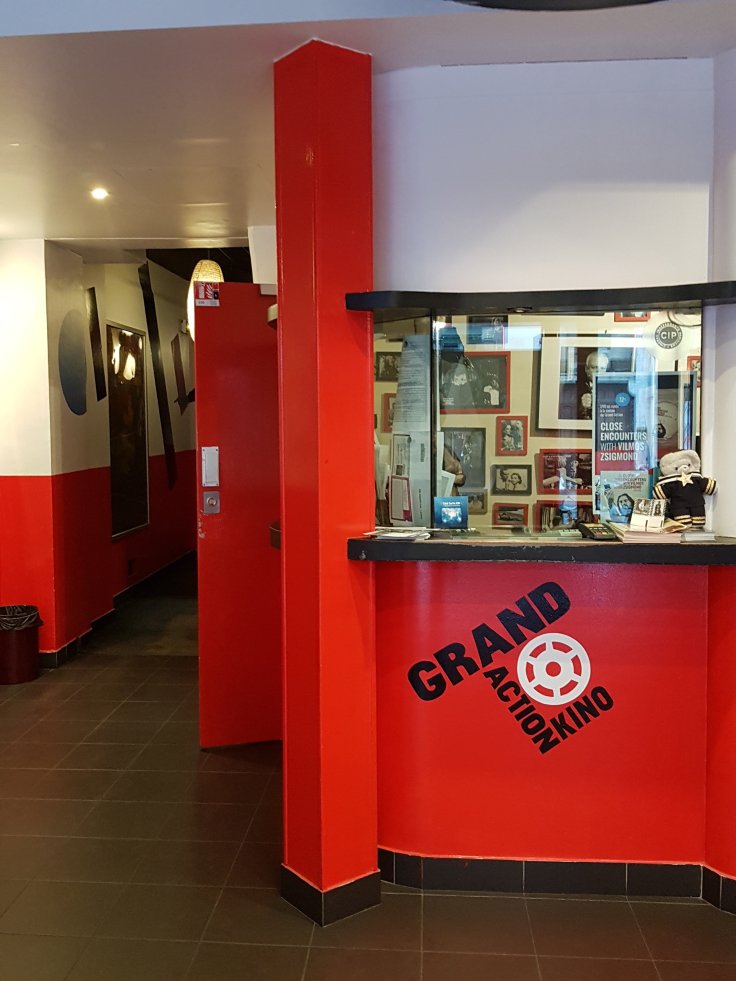 (The movie was blackkklansman in vo)

Last morning in Paris – I went to the winner of the best baguette in Paris: 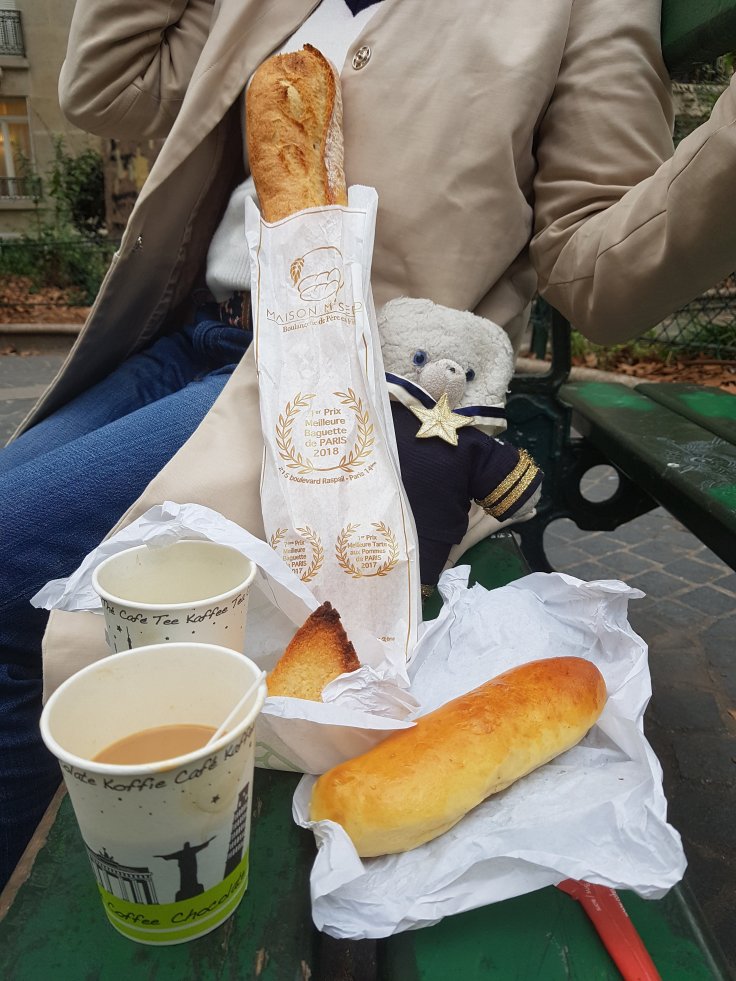 Before taking the eurostar back to London.