For breakfast I was served noodles with warm rice milk and an egg:

I headed off, following the picture map of the hotel:

This led me onto the route for the golden Buddha viewing platform: 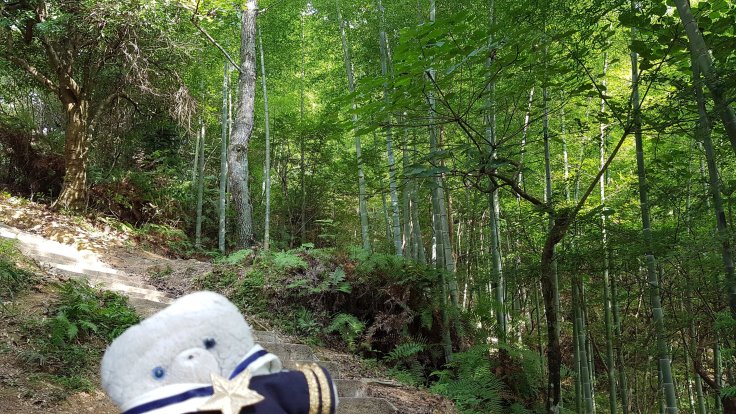 The views are beautiful and worth the effort:

At this point, I descended the viewpoint and went exploring. 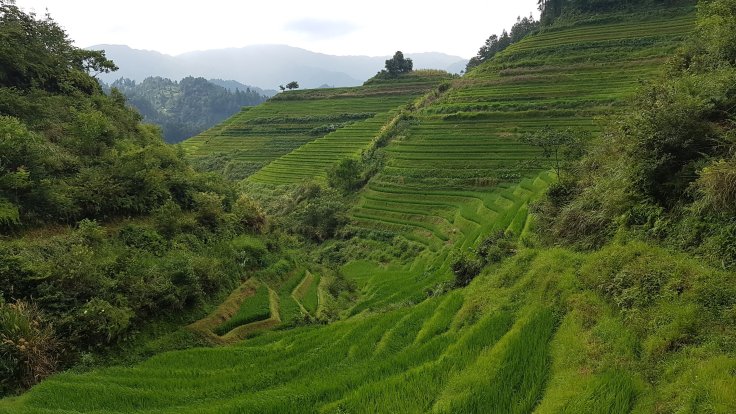 LP is right in that nothing is well signposted here, so exploring is a bit difficult. After a while I realised I could see the path to Ping’an LP mentioned on the offline map (Osmand) and decided to go down there. 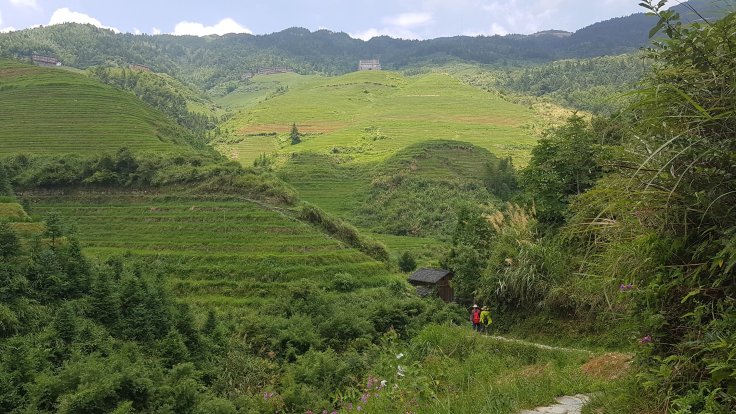 I think this is music from paradise viewpoint:

This poor horse was carrying litres of water down the hill.

The path to Ping’an is very well disguised. I would never known there was a path, let alone that it was going to Ping’an, if it wasn’t for the offline map.

The path passes through ZhongLiu , which isn’t a particularly attractive village: 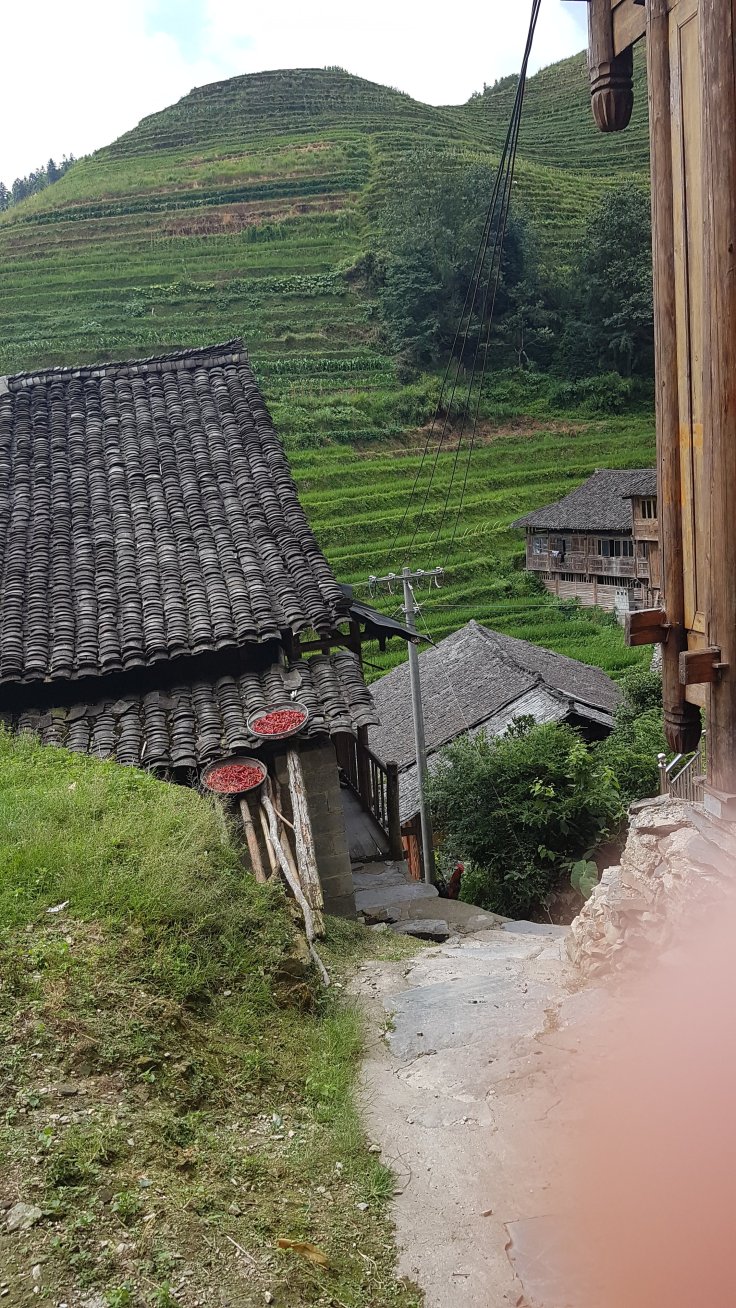 Along the way I met some Yao ladies who insisted on me paying to have a picture taken:

These ladies are famous for their long hair, which they wrap around their head.

After a painful 10-15km walk, I saw something resembling the exit.

The road actually goes quite a bit further on before reaching Ping’an.

At Ping’an, I took a taxi back to Dazhai (I would have walked but my flip flops were damaged – bad shoe choices today – I thought it’d be easier than Zhangjiajie)

For some reason the taxi didn’t have a front mirror, instead it had a screen showing a camera recording of the front of the car (rather than the back as I first thought). 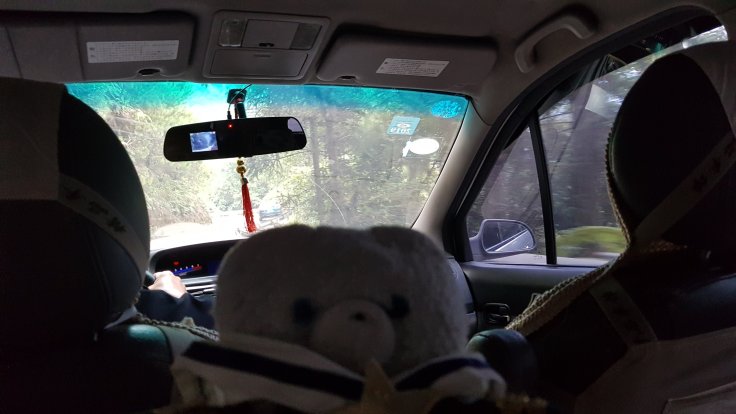 The taxi left me at the ticket checking point at Dazhai, instead of to the hotel. On the way into town I noticed that the Yao ladies used their hair in a bonfire show.

This also explains why there is so much noise in the evening.

The path to finding the hotel was tricky. All the buildings around the Longji rice terraces are pretty much the same. It started to rain and I discovered pretty much every area in town.

I ate egg fried rice. I was also given as a token of what I think is rice wine and a unripe peach.

P.S. If you do happen to go to see the Longji rice terraces, the best view was at the Golden Buddha. The path to Ping’an from Dazhai is only nice for the first 30 minutes and there were snakes crossing it.