After being tucked in bed in the train, I arrived in Kerman early in the morning to my hostel which was very pleasant and welcoming. However as I was too early for check in I went to another bazaar where I played hide and seek in herbs and had lunch in a Hammam reconverted in a restaurant. I had delicious food and was entertained by Iranian traditional music. I got to taste the Iranian delicacy called Kolompe, a soft date-filled biscuit. I relaxed there for a while whilst drinking tea but I did find the courage to go to the Baths’ museum to justify sitting around all morning! 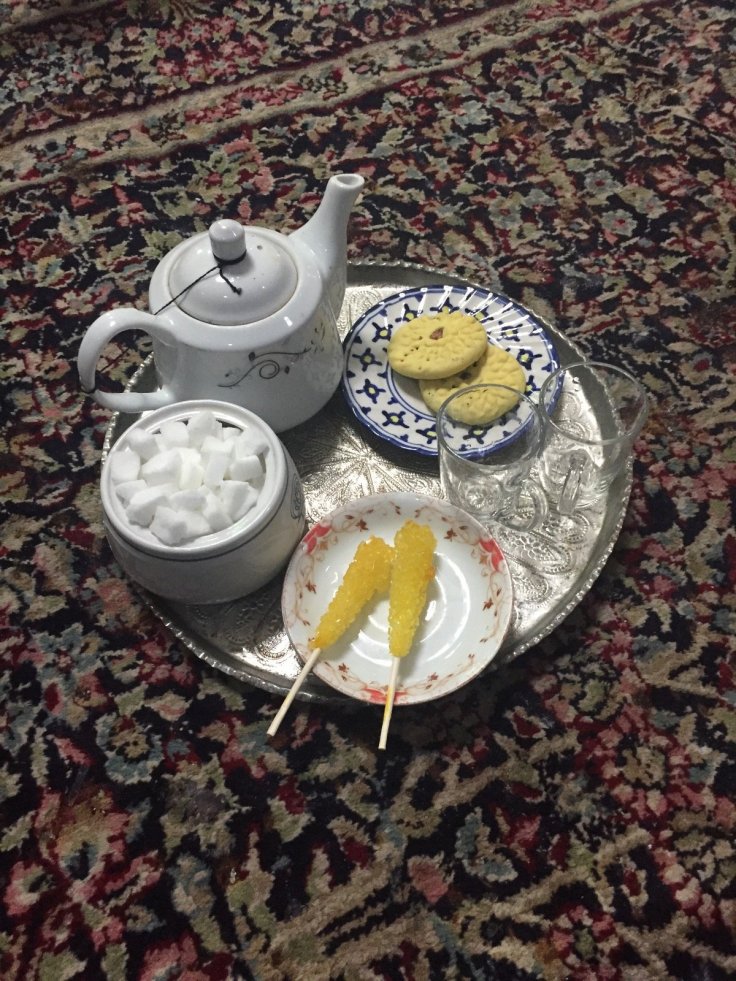 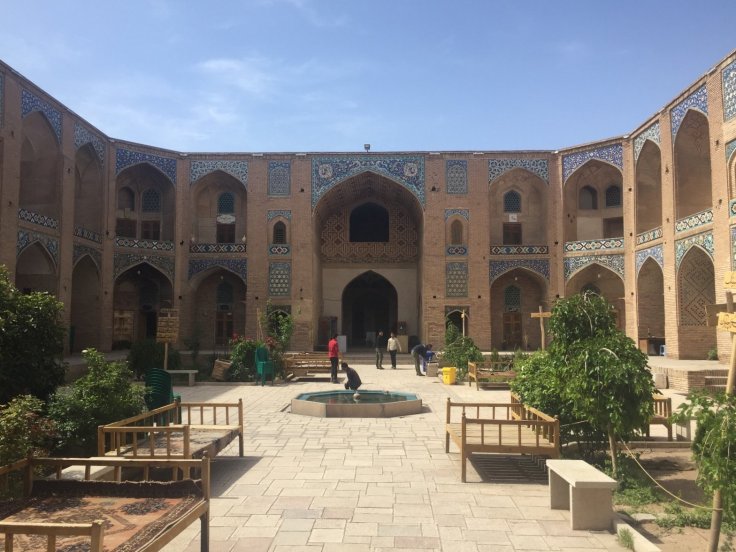 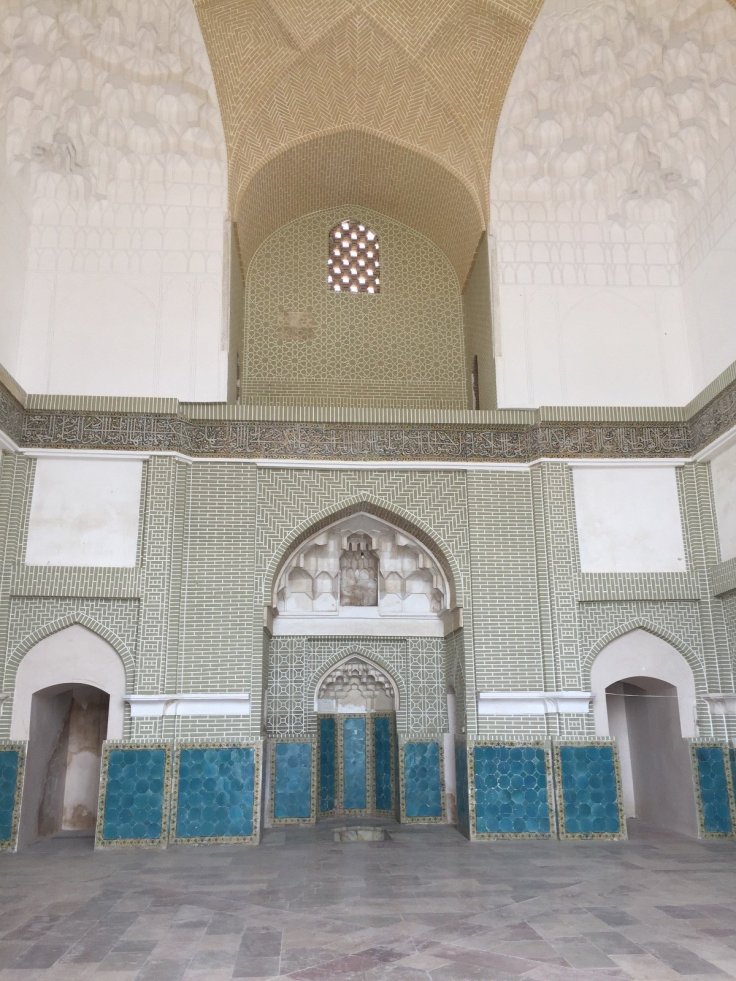 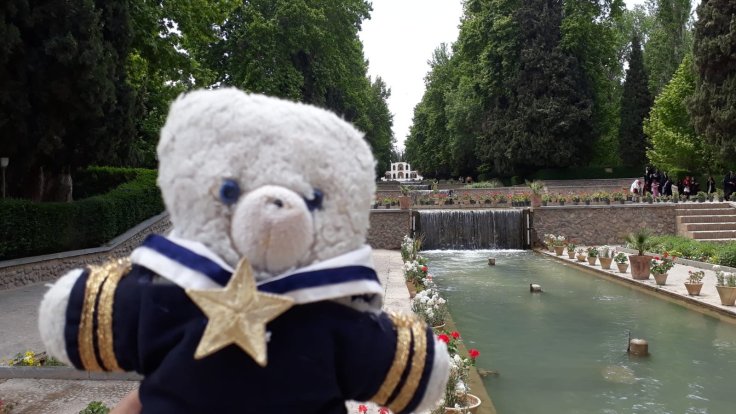 I decided to venture out in the evening to a recommended restaurant called Keykhosro serving traditional Iranian food but I once again walked in circles and got completely lost. With luck I bumped into a very friendly Iranian couple who got the whole family involved to help me find the place and the mother even accompanied me for over twenty minutes to the restaurant despite communication being non-existent.

Next day, as I was waiting for my guide to pick me up after lunch, I decided to visit another mosque and grab a bite to eat. Time was short so I jumped into a taxi – which possibly was the most terrifying ride of my life! On top of driving like a madman, he didn’t know where he was going. I got so frustrated I left the taxi only to be followed for ten minutes by a taxi driver shouting at me in Parsi – luckily he eventually gave up!

My guides, Shahrzad and Arash, arrived after and off we all went to the desert! He suggested we go in the deep desert in a 4X4 and what an adventure that was! It was like a rodeo (seat belts are clearly not mandatory), with Arabic pop music blasting and overall a very bumping ride with slightly overconfident driver who managed to safely drive up and slide down very deep and sandy areas. 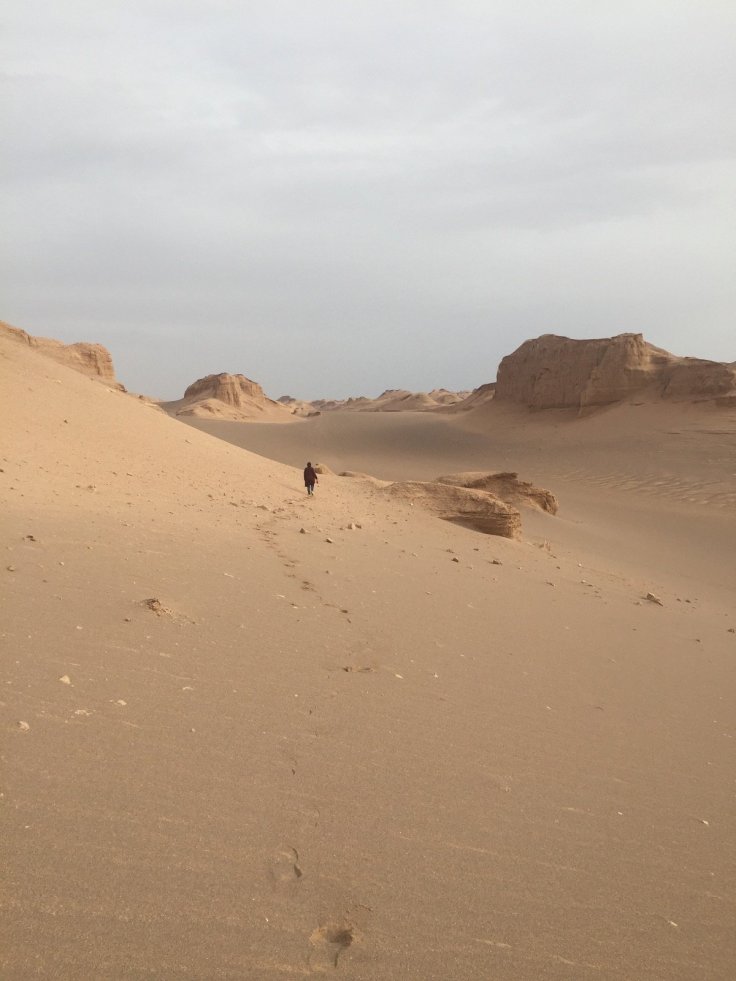 Aside the fun, the views of the Lut desert were breathtaking. The Lut is 140km long and 80km wide and is a salty-sandy desert considered to be the hottest in the world. The hottest temperature recorded there was 70.7 C degrees, slightly too hot for a Teddy Bear like me! The shape of the dunes are due to very strong winds which transport sediment and cause erosion over millions of years. 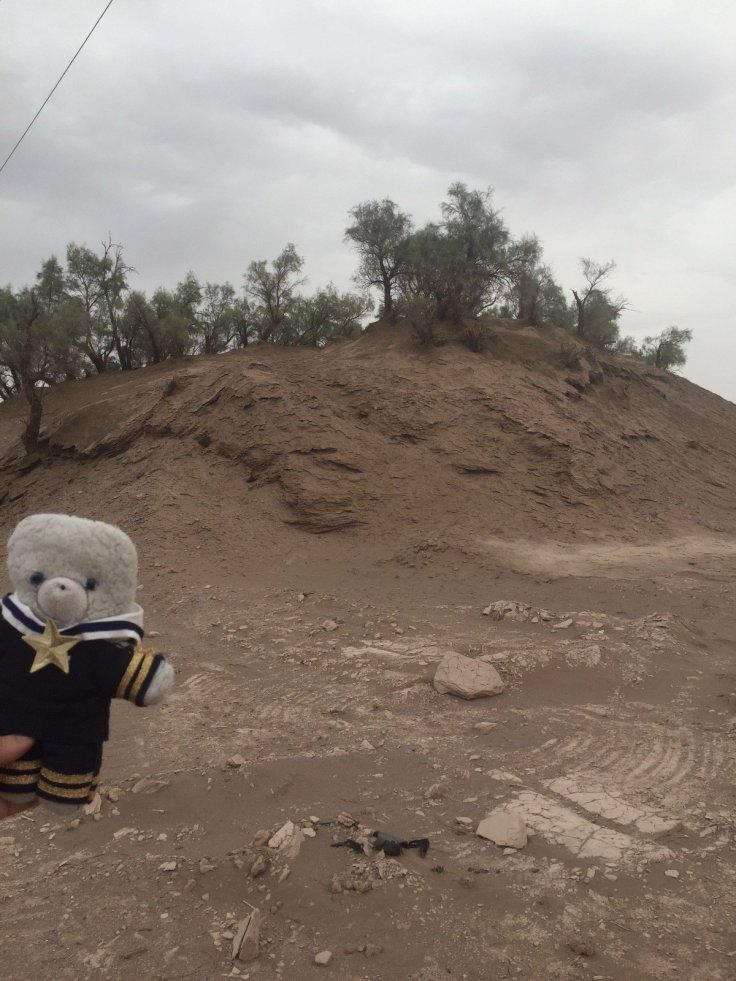 We came back late after having watched the sunset and I had dinner with my guides. We were treated with Boz Ghormeh, a traditional Kerman recipe made of lamb, chickpeas, beans and safran which was delicious and filling. 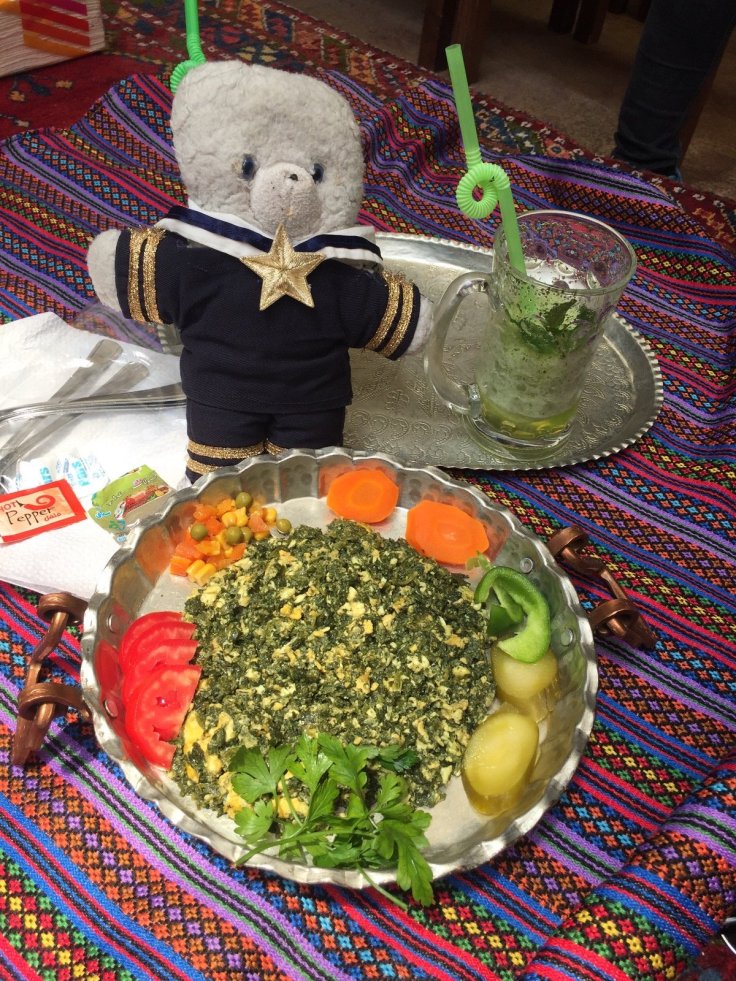 Time for bed! I admit that I have never slept on the floor in the desert before and it was an experience. I did manage to make myself cosy and had an early night since I had to be up at 5am to see the sunrise over the dunes, and the views did not disappoint.

After a quick breakfast, Arash and Shahrzad took me to see the Rayen citadel, dating back from the 5th Century AD and is 22000 square metres and there were about 250 people living there. The citadel was divided in three parts: lodgings for the wealthy, the commoners and the government buildings. The background is stunning with the mountains covered in snow. I then headed off to get some fresh air and cool down in the Prince’s Garden in Mahan which must be like an oasis when it becomes scorching during the summer!

Before catching my bus to Shiraz, I did a last visit at the Zoroastrian fire temple where I could see the fire burning, their ‘eternal flame’. I will tell you more about Zoroastrians when I am in Yazd!