I woke up early to the wonderful breakfast of pancakes,watermelon and walnuts. 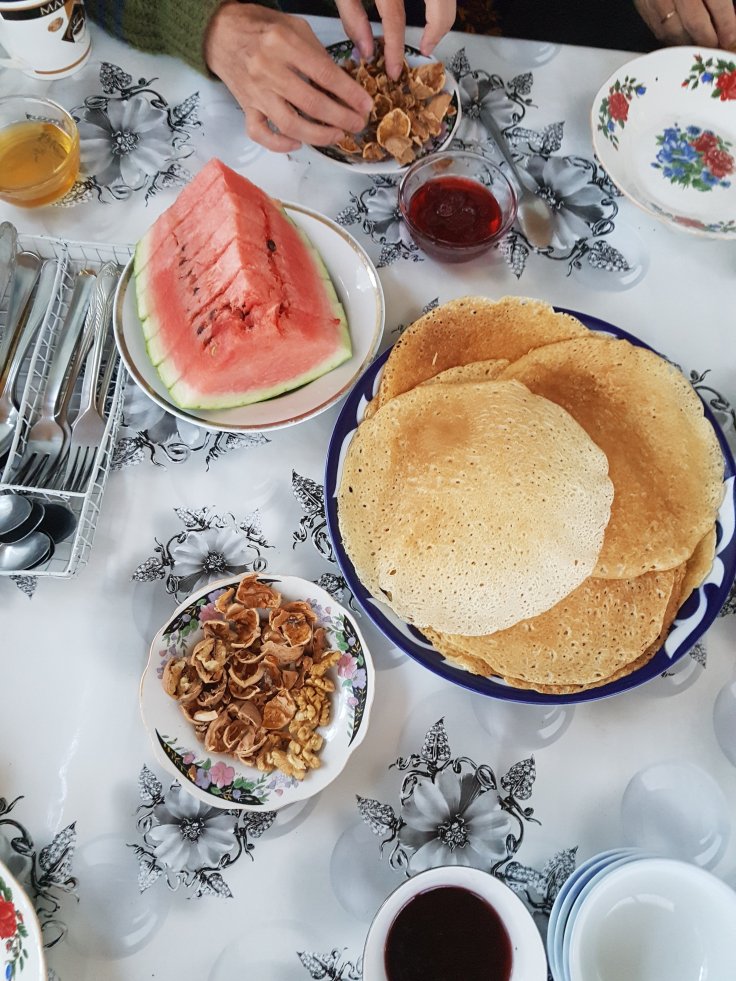 The road took me very close to the border with Uzbekistan, which you see on the left. 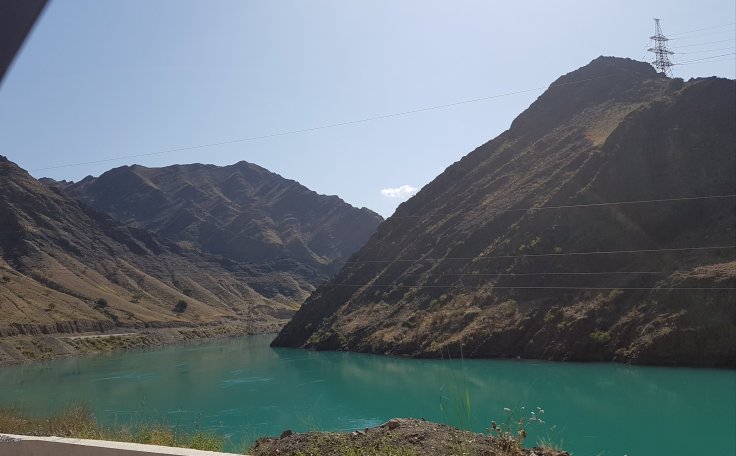 Before cutting away and continuing along the Naryn river, which has a peculiar blue-green/cyan colour.

After the reservoir, the road follows Chuchkan river, which is aligned with hives so I stopped to buy honey 🐻🍯 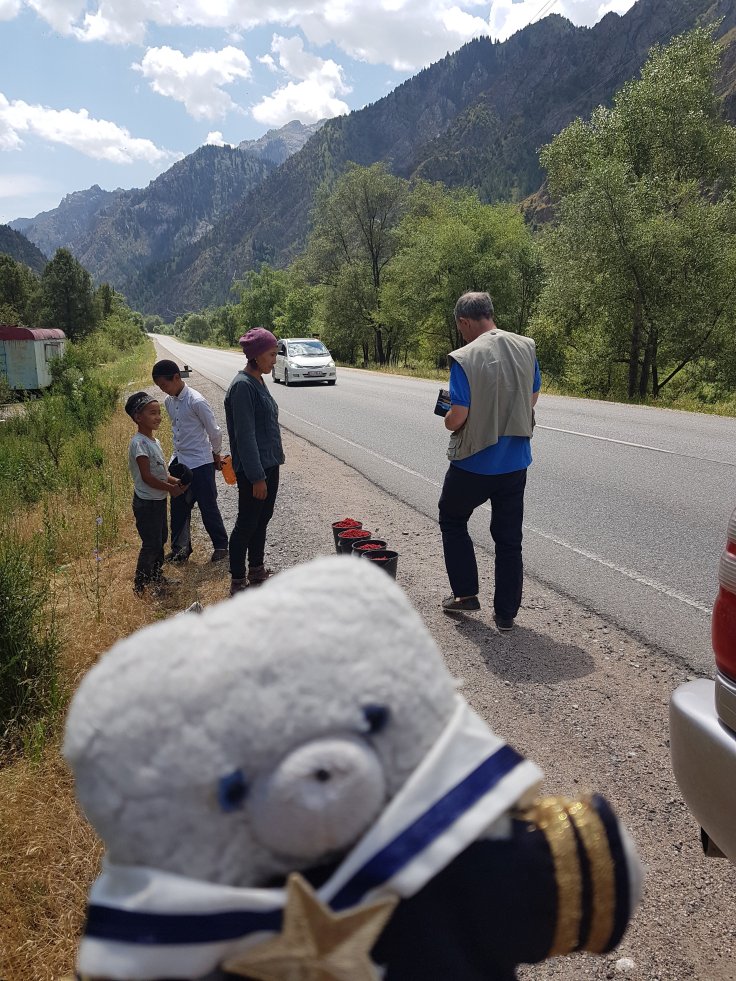 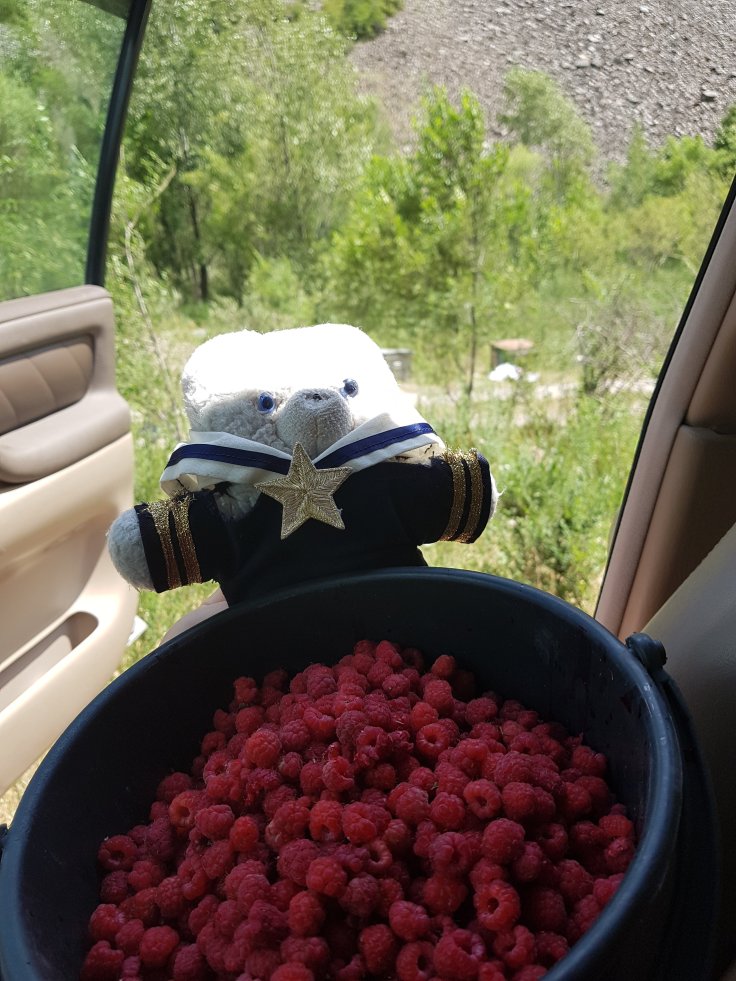 only to stop a few moments later to buy a whole bucket of wild raspberries for just 550som (£6-ish). 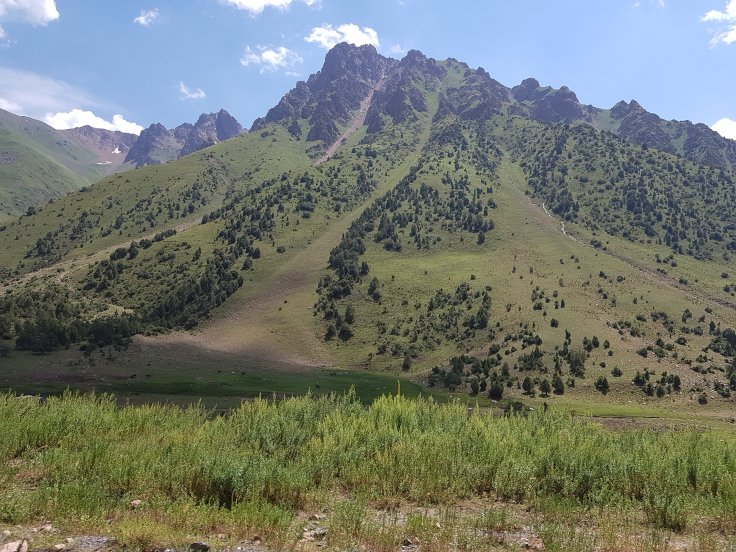 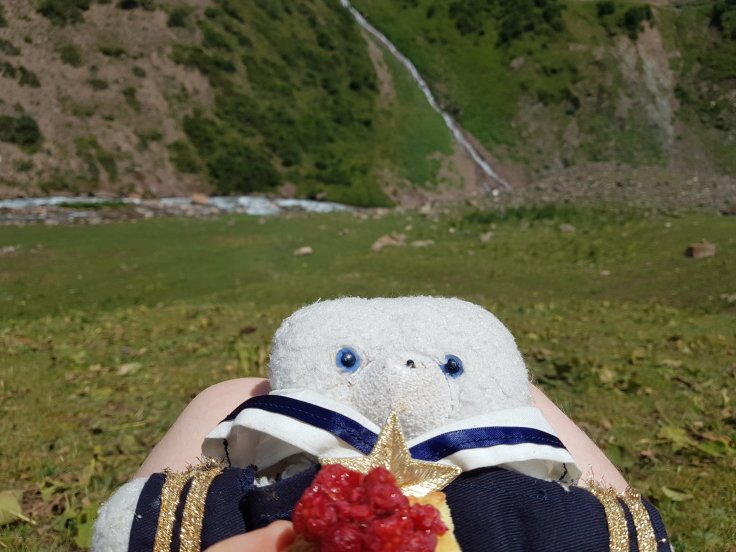 I took a break to enjoy the view and spread the raspberries on biscuits. I also had time to play with the kite. I was wearing a local Kyrgyz hat, known as a Kalpak, which I bought at a shop near the big waterfall in Arslanbob. It has 4 white panels and is embroidered with traditional symbols.

Eventually the inevitable happens and I was stopped by the police for speeding.

In Kyrgyzstan, the police are littered all over the road, hiding in the shade, hoping to catch people out. This also appears to be a major source of income for the police as the speed limit is not always clearly displayed.

Ironically enough I was far below the limit when passing the cardboard version: 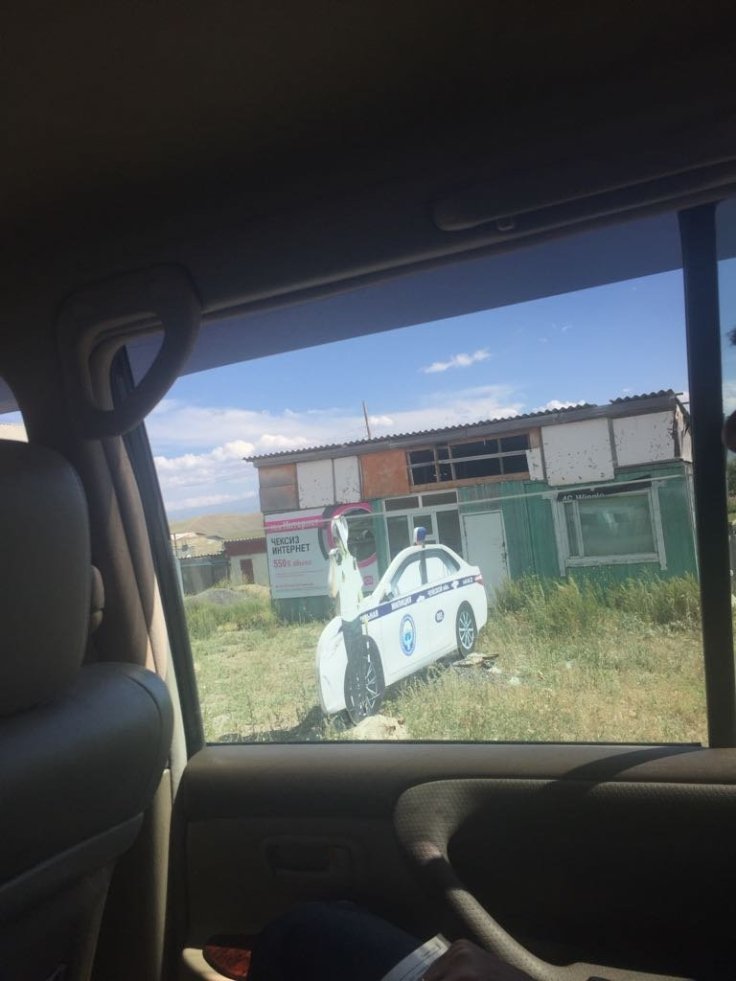 After my driving companion “dealt” with the police, I continued to Bishkek but the road quickly became painful:

…And in general, Kyrgyz style of driving and bad roads.

I was relieved to reach Bishkek and dine at the fancy ” frunze” restaurant.

There was a lot of food to try.

I tried a samsi for the first time, which is also typical central Asian food. It was described to me as a type of samosa but ended up being more of a stuffed bun. 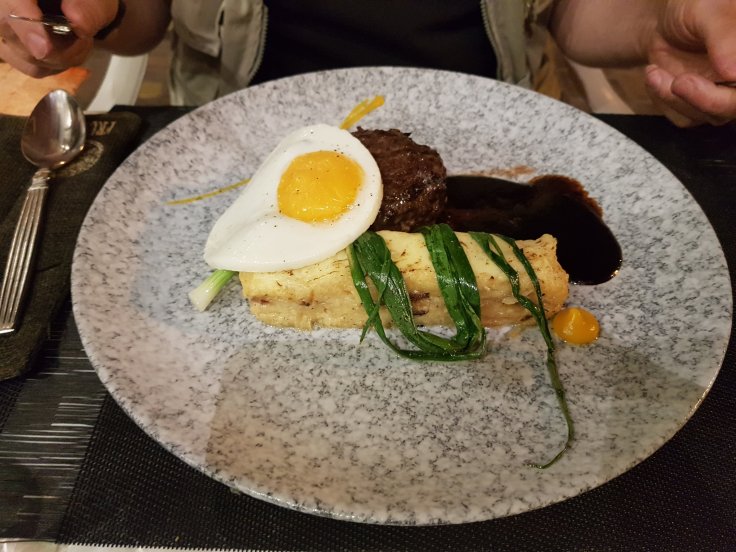 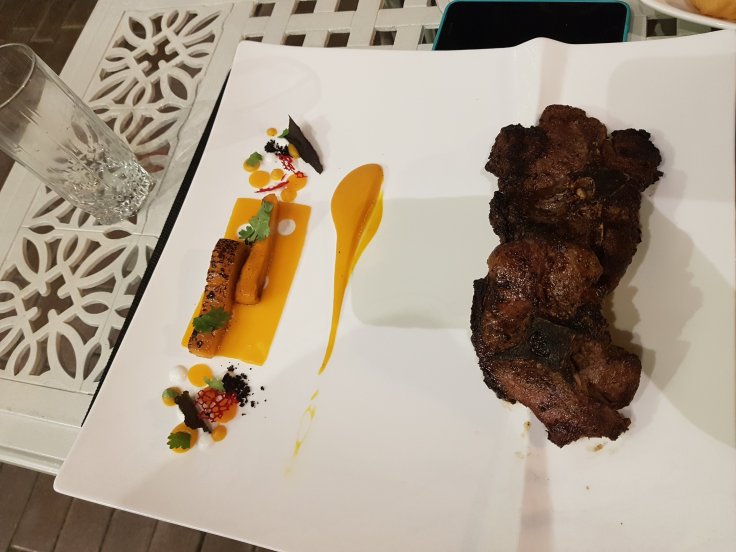 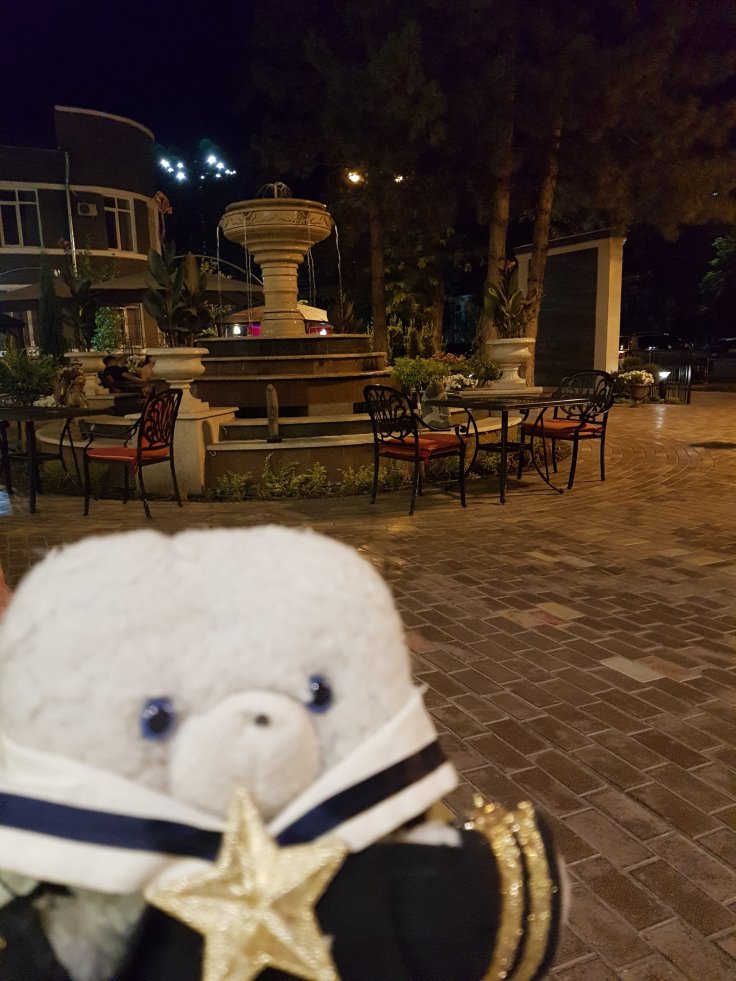 Very much enjoyed my dinner at Frunze but at the time of publishing this post, I fell ill 😅