After having visited most of the attractions in central Isfahan I decided to go South of the river Zayandeh where the Armenian quarter is located.

It dates back from the time of Shah Abbas I, who transported a colony of Christians from the town of Jolfa (now on Iran’s northern border) en masse in the early 17th century after the Ottoman Empire’s attack. The settlers subsequently named the village ‘New Jolfa’. Abbas sought their skills as merchants, entrepreneurs and artists, and this location became an important centre connecting the markets of Iran and Transcaucasia to those of eastern and western countries. Furthermore, Abbas ensured that their religious freedom was respected – albeit at a distance from the city’s Islamic centre. At one time 42,000 Armenians lived there, and now the various churches serve a Christian community of about 6000. 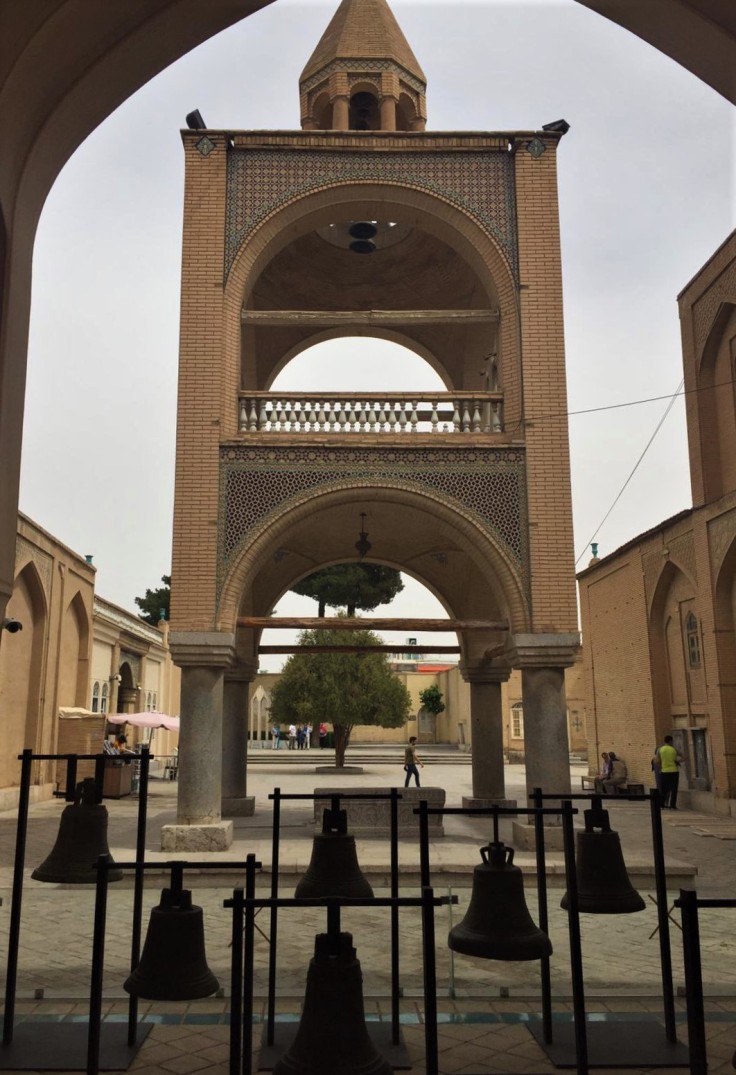 Built between 1648 and 1655 with encouragement from the Safavid rulers, today Vank Cathedral (Kelisa-ye Vank) forms the centre of this settlement and more generally the historical focal point of the Armenian Church in Iran. In Armenian ‘Sourp Amenaprgich Vank’ means ‘All Saviours’ Cathedral’. It has been the centre of religious, cultural and social activities for the community for over 400 years. The architectural style of the church is influenced by Armenian, European and Iranian features and artistic skills. I was amazed by the murals from the Old and New Testament, such as gruesome depictions of martyrdom, heaven and hell, and demons, painted by what at the time would have been masters and famous painters. It was also so different to what I had previously seen! It was also nice to hear bells ringing – sounded a lot more familiar to me than the Islamic call for prayer! 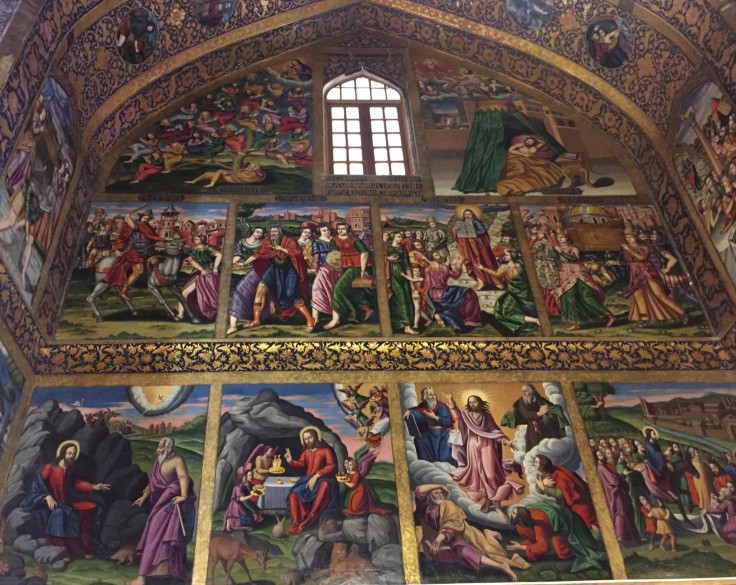 I had a little wonder through the narrow streets and found another church, The Nativity of Bethlehem. It was equally as beautiful as Vank Cathedral even if not more impressive! In the museum next to it were some artifacts and relics such as the right hand relic,  symbolising St Gregory the Illuminator, the patron saint and first official head of the Armenian Apostolic Church. Dating back to the 4th century, he is credited with converting Armenia from paganism to Christianity in 301. Armenia thus became the first nation to adopt Christianity as its official religion. 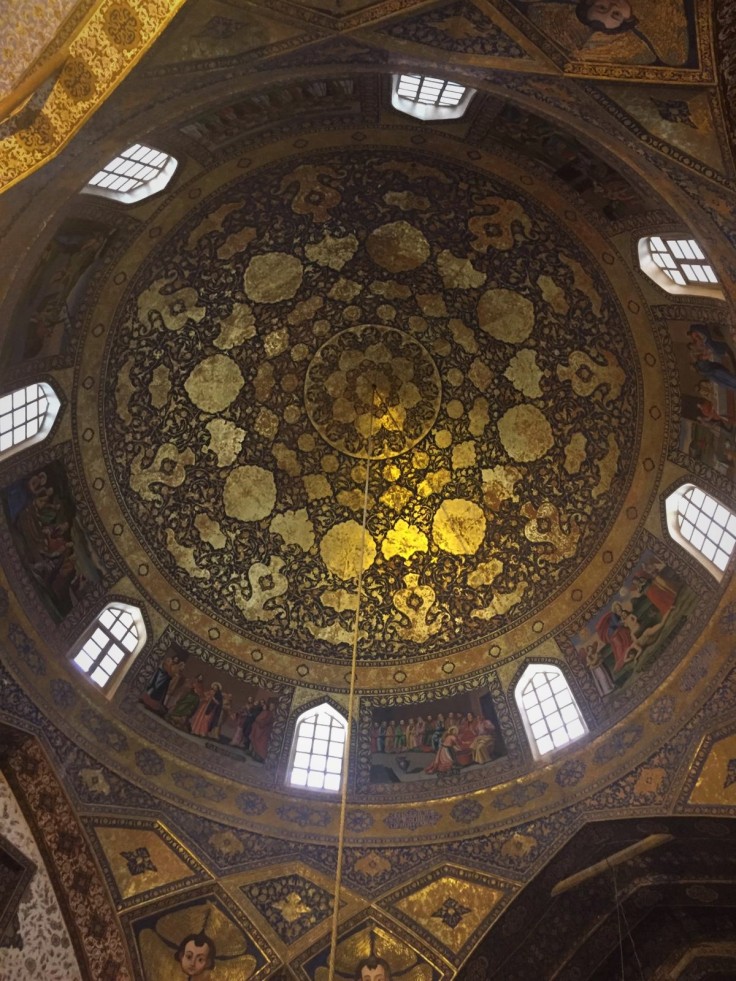 My next stop was the Music Museum, a new museum in Jolfa that houses a fine collection of traditional Persian instruments, assembled by a private collector. I was accompanied by a French-speaking guide who explained each instrument and they were displayed in such a way to encourage visitors to play the cords and instruments and listen to their sound. We saw a Santour, considered to be the ancestor of piano and it looks incredibly fiddly to play! He also showed us two kinds of Tars and made us guess why one was rounded at the back whereas one was flat… we got it completely wrong as the reason the second was flat is it was designed for pregnant women! Next we were shown a Setar, meaning ‘three strings’, although later a fourth cord was added. Some were very small or flat so they could be hidden under clothes during a decade of the Qajar reign when music was banned. At the end of our tour, we were lucky to be treated to a private concert by four talented musicians. As I expected the Santour looked incredibly difficult to master and sounded beautiful. 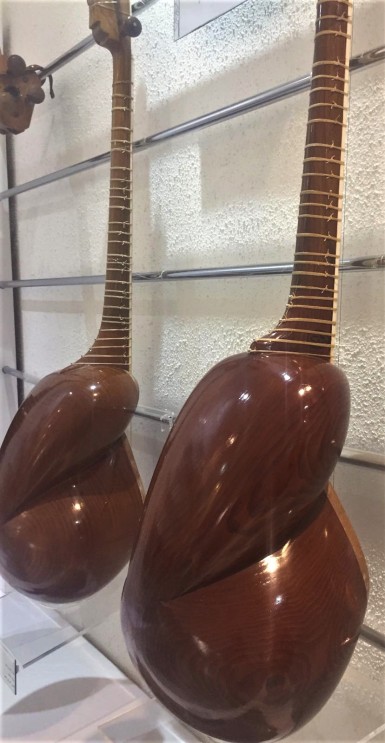 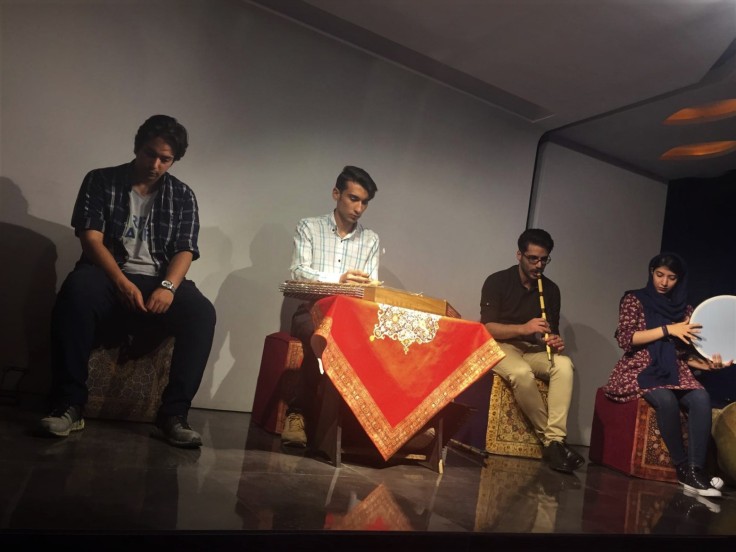 Time to head back to my hotel! I relaxed in the beautiful garden whilst looking for a place for dinner. I found this great restaurant called Ghasr Monshi (I definitely recommend) that served a copious buffet. The food was varied and I had lamb, chicken, aubergines, various vegetables and finished off with a saffron and pistachio ice-cream. Needless to say that I was not hungry at all by the end and I waddled back to the hotel. On the way I saw the man singing for the call for prayer as well as some kind of concert next to the mosque. I have to say I am happy my hotel room was not above the loud speakers! 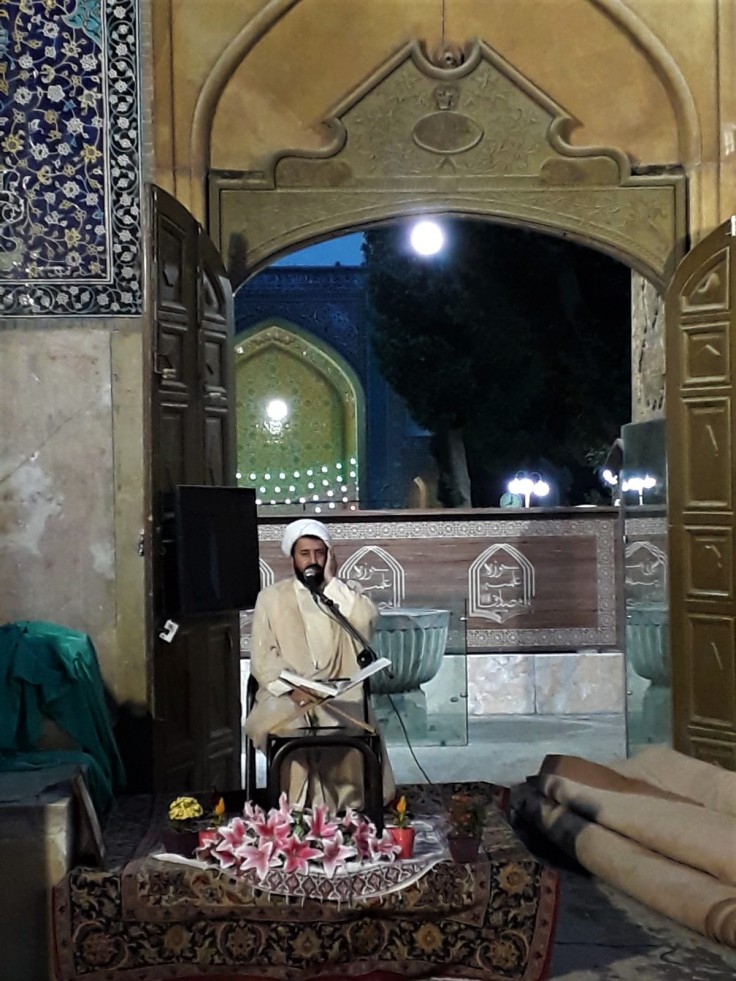 Off to bed as I am heading to Kashan tomorrow morning. You and I will both find out about it soon!